Hey, pups and cool cats!  It's me, Zim, back to tell you more about my cool, new discovery!   I posted Part I  on Tuesday ... and really Part II was sort of on Wordless Wednesday, so let's call this Part III.  Maybe I should back up and start at the beginning!

Christmas Day, Mom and I took a little drive.  We were going ... I'm not sure where ... but then Mom sort of zigged when she should have zagged and we ended up on this road that drives across a huge dam!  It was really cool!  We eventually turned around and pulled over to look around; that's when she shot that picture of me that I showed you Tuesday.  An iPhone pic.  She forgot the camera.  If she had remembered it, I'd have posted pix of the GORGEOUS bald eagles that we saw flying around!!!  They were AWESOME and HUGE!!!!  We decided we needed to come back another day with said camera, to try to get some photos of the eagles.  That explains Wednesday's photo.

We parked at a little pull-over place and got out and looked around. No eagles. I thought we should do some exploring anyway; Mom was game!

Oh.  Yeah.  See that yellow thing?  Well, I'm Zimmle Mawson, Explorer Pup, and I won't let something like a barricade stop me from exploring this new ocean! Mom looked around and didn't see anyone... so we headed down the road to the shore!

Here we are, about half way down: 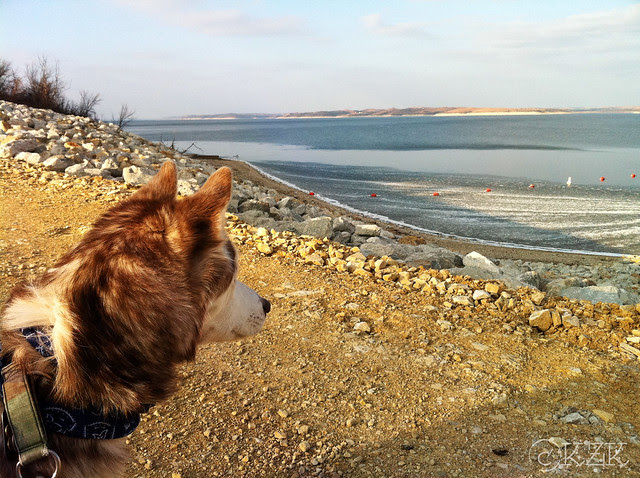 It's the HUGEST ocean I've ever seen! Farther down the path, I climbed on these cool rocks.


Mom did some special effects on this next pic of me: 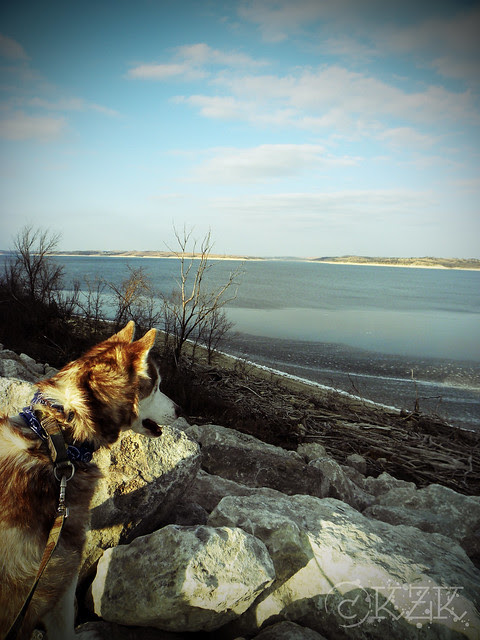 We eventually climbed back up the path, then got in the car and drove up to a lookout point. We could see EVERYthing up there! (Except eagles, Mom wanted me to add.)


Isn't it grand?  I was pretty sure I'd discovered the remains of some old castle!  Stormy said it's actually something called Tuttle Creek Dam ... but maybe it was a castle once upon a time or something!  I ran that theory past Dave and he said that sounded right to him.

Dave said he was looking at the Hunt-Lennox Globe that Amber told him about the other day and said there are actually oceans all over the place and I must have discovered one!  I'm sure Ammy wouldn't lead him astray.  Here's a look at what Dave showed me: 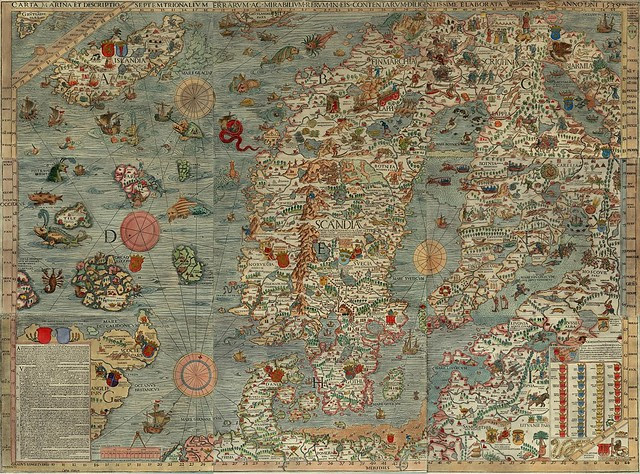 I looked around a little more to see if I could see any dragons or sea serpents or anything, like on Davy's map ...


Not exactly dragons.  ...but you never know.  They could have been!

We looked around a little more: 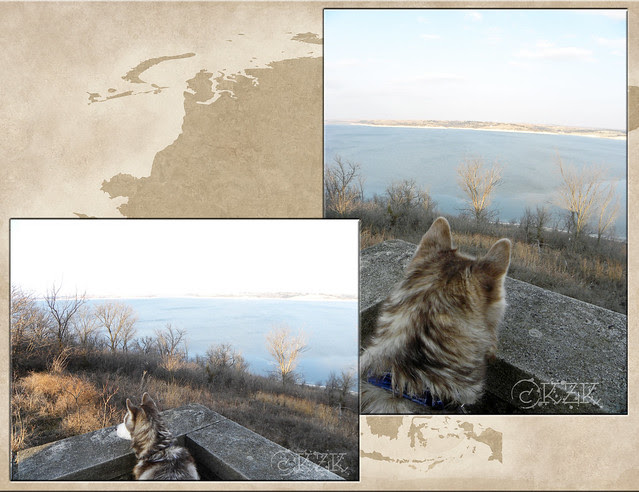 Still no dragons (or eagles), so we headed on back to Ao4 HQs. Mom said we'll go back again soon! I can't wait! I'll be sure to fill you in on what we see!

Hi everypuppy and everycat!  It's me - Ammy!  Zim will get back to you with more pictures and an explanation very soon about just where he and Mom went!  Aren't the pictures of the ocean he discovered amazing?!?!  He's still helping process a bunch of them so I said I could do today's post to give him more time!  I hope that's OK with all of you!

Anyway, a couple weeks ago, Mom and Dad took us all outside to go potty on a VERY starry night!  It was a gorgeous night - crisp and cool and oh, what a star-filled sky!  Dad was admiring this one star that looked kind of greenish.  Since I am the chief meteorologist around here and also like to keep everyone filled in on all things astronomy-related, I decided I should do some research when we got inside and figure out exactly what star it was.

I borrowed Mom's iPad and checked the GoSkyWatch app.  It was just as I thought!  It was Sirius - the Dog Star!  Check it out! 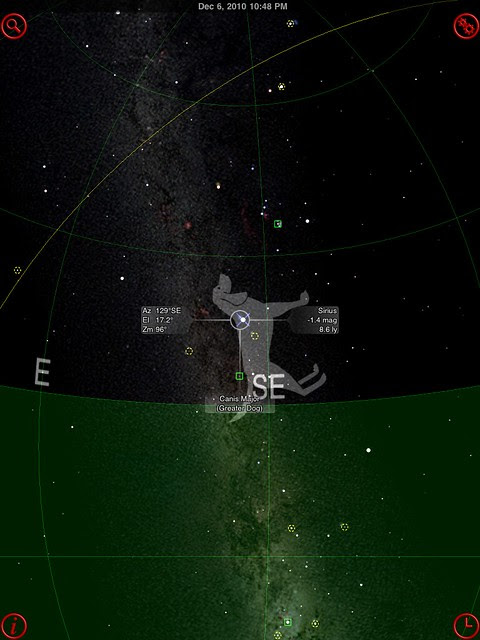 It was very beautiful!

Here's a totally un-related picture of me, studying the sky out on a walk:


...and here's a picture of Zimmie after I've told him one of my really funny jokes:


Next time you're out on a starry night, look for the Dog Star! It's Siriusly beautiful! Hee hee hee! 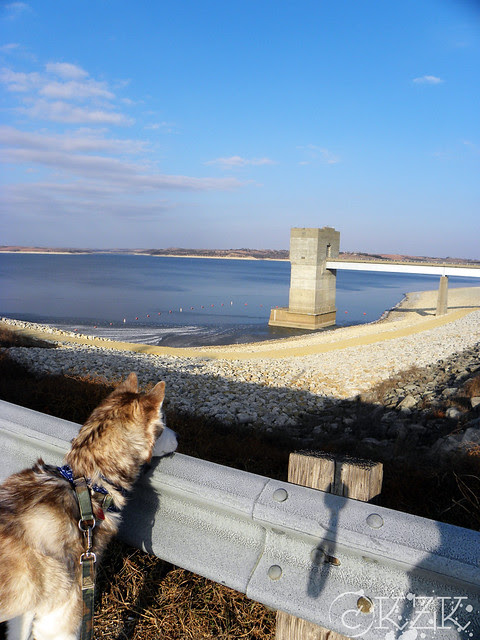 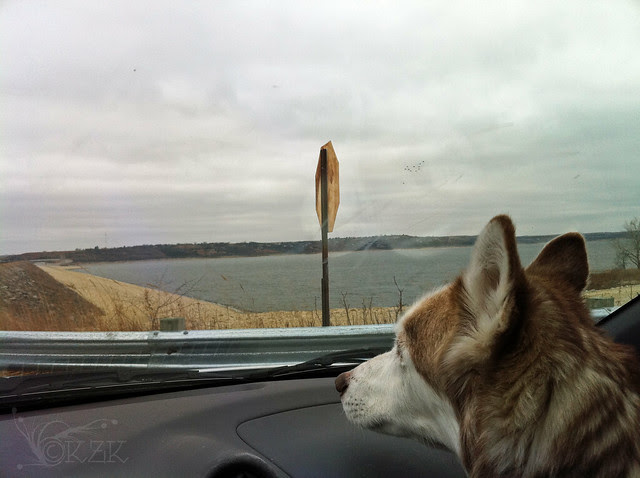 Tail wags, dear readers, it's me - Stormy.  We really missed all of you when we were on break and are trying to catch up with everyone!  We are enjoying reading about everything you've been up to!  We've had a lot of adventures here, too - and we're going to try to bring everyone up to speed!


That LabraPup sure can run!


She made sure there were no bunnies, squirrels, or moles anywhere out there!


Mom works hard to see that we all get special time each day - either out on adventures, playing in the yard or maybe spending some one-on-one time with a special friend!  Look at who I got to see on Christmas Day!


It was great to see him; we had lots of fun playing!

Let me see... what else has been going on?  Zim's been all over the place lately. I'll let him share his huge discovery with you himself within the next few days. In the meantime, here he is on a recent adventure at the Kansas Ocean:


Zimmie said it was perfect beach weather - sunny and in the 20s. (That's about -4 for those on the "C" scale.) It was so lovely, the Kansas Ocean was frozen! Ah... perfect Siberian weather!

Do you have something special planned today?  I can't wait to hear all about it!

Woo, everypup and everycat.  It's me - Dave!  I hope all of you had a wonderful Christmas!  And for all of you who celebrate Boxing Day today, have a happy one!

Other members of the family are a little less prone to be cooperative.  One such member (umm... Stormy!) might have even taught some on-line classes about (not) cooperating for photos.  BUT!  When the Happy Hearts cookies come out, even she can't resist!


See? Irresistible, even for the professional Siberian Husky!  (That's Zim on the left and the Yammer on the right, getting into position!)

We are all very gentle and sweet about taking treats - here's Stormy illustrating how good we are:


Mom said she thinks it's funny that everything is in focus except for my head.  I don't think that's right, though.  My head was TOTALLY focused on that cookie!  Ha woo!

I hope all of you are good about taking treats!  If you need to improve, I recommend lots of practice sessions!  In fact, maybe I need some treats to practice with, too.

PS:  Happy Hearts provided by our friend, Zimmie's bestest friend, Huffle Mawson!  Thanks, Huffs!
Posted by The Army of Four at 11:16 AM 8 comments:

"For unto you is born this day in the city of David a Saviour, which is Christ the LORD."
(Luke 2:11)
From all of us here at Ao4 Headquarters -

We wish you a joyous Christmas, full of more blessings than you can count!

With tail wags from Stormy:


And luv from Dave:

Ha roo, pups and cool cats!  It's me - Zim - checking back in!  We've had a LOT going on here and Storm said we have all kinds of updates to share with you.  Now that Ammy got the blog fired back up, I asked if I could post the first update and she said "yes".

When I last posted, I told you that I was coping pretty well with all those "changes" in our living room.  My chair, my lovely chair that I could hide under, is apparently gone for good.  Sigh.  I tried a few other things, but nothing was quite as comforting as my chair.  Sure, the Weather Lab was comfy, and I still hang out there from time to time, but that's Ammy's special place and I need to let her hang there to do her forecasts and naps other work.  Anyway... the good news is that I think I've found a suitable substitute!  Check it out:


Uh-oh. I think it's time to head back to the ol' drawing board!

Santa comes tonight - I hope all of you have been good!  Ha roooo!!! 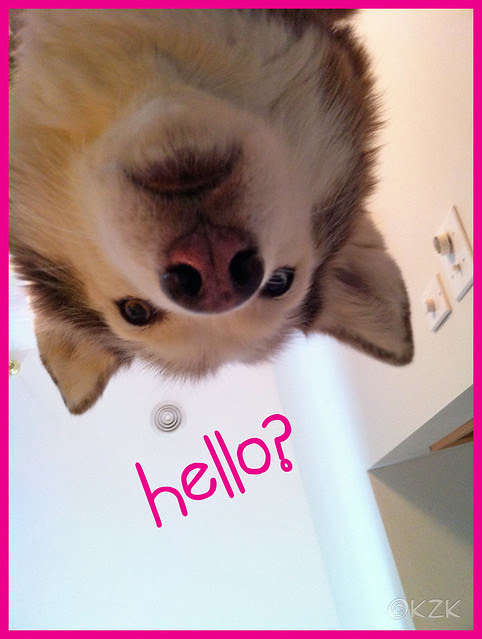