The Invasion Hits Close To Home

Woo, everypup and everycat.  It's me, Dave, with some super-shocking news.  As many of you know, Zim has been real concerned about an invasion by giant robot-bugs!  First he saw them over by the Giant's castle, then he saw them eating a house that's being built by the Kansas Ocean!  Those sightings are bad enough, but imagine the shock when we came out our front door the other day and saw this!


There was water and mud everywhere, which was the cool part. (Something about a broken water main - Mom and Dad clearly weren't as thrilled about that part as we were!) But I saw something Zim didn't see...


Zim turned his sights to the left ...


One of our greatest fears had been realized! 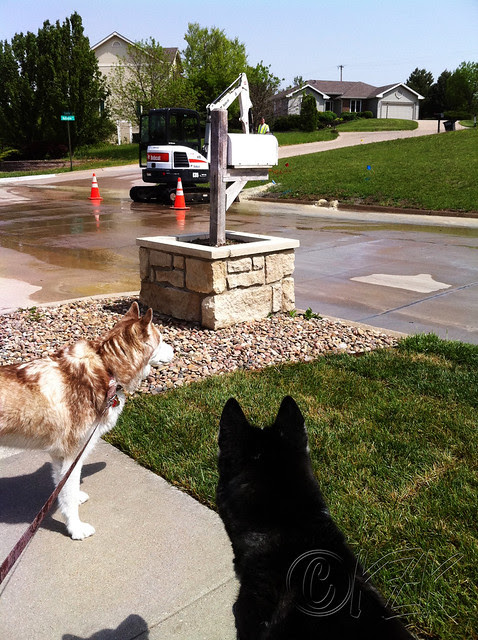 That's right -- one of those robot bugs was right outside Ao4 Headquarters!!! I couldn't believe my eyes! Zim took charge of the situation right away!


He was incredible!!! Wait until you see what happened next!!!