Hello, everyone!  It's me, Cammie.  Remember we showed you the other day that part of Hudson Trail that starts by where our new horsie friends live?  We went back and hiked that part!  Mom took lots of photos - so we thought we'd share them with you today!  Let's go!

Shortly after we got on the trail ...


... I took the longer one. Ha roooooo!  Well, seriously.  I did.  Except that it's more like a prairie.  And if that Robert Frost guy had a Siberian, he probably would have taken the longer route, too!  Anyway ... 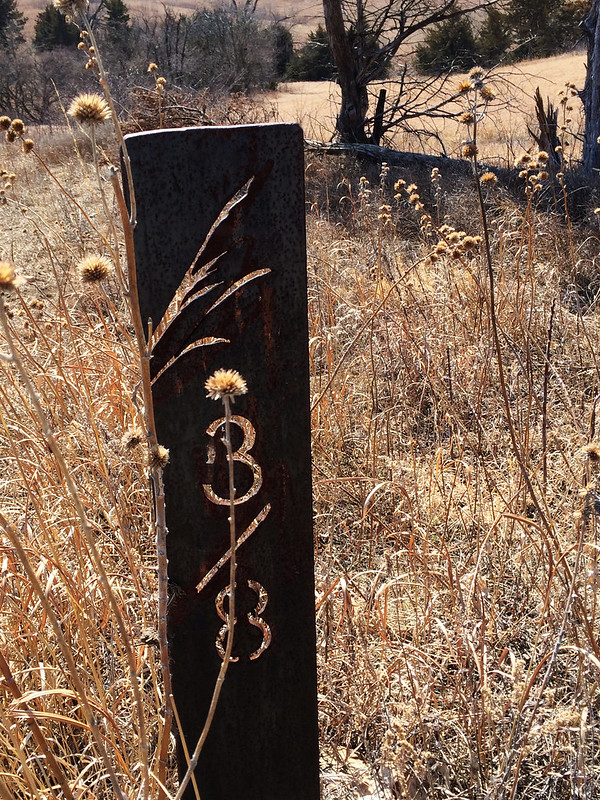 We just liked all the REALLY cool smells!!!


It was a serious hike, but we did take a little time to play:

We walked along a wooded area for a while, but mostly we were out on the open prairie.  It was a bit toasty:


At about the mid-point, there was another trailhead, where you could get on from one of the other parks. We stopped there for a photo and a water break!


Many thanks to Dad for carrying our canteen for us!

After a short break, we got back on the trail!


After a while, we came upon a beautiful house that Mom really liked:


Further down the trail, we were presented with this view:


We didn't see him, but Mom and I both heard him, plain as day.  She got all excited; she loves donkeys.  Anyway ... other than that, when Mom saw that uphill climb in front of us, she said, "Oh, %$&@!!!"  (Sorry, but it's true.)  Mags and I thought it was great!  I mean the hill, not Mom saying an HBO word.  She wasn't just less than thrilled with the hill, but for some reason she wasn't happy with the next bit of news:

Really - could it get any better?!?

It was such a great hike!  I wish you all could have been there.