Hello, everyone.  It's me, Cammie.  Mom's gone out on quite a few photo shoots this week that have resulted in some very serene scenery photos:  our morning walks, our garden, a tulip shoot, and birding at Tuttle Creek State Park.  It was hard to decide which to post, so we did the "one potato - two potato" thing.  The tulips won.  We'll fit the rest in eventually!

One of the small towns here in Kansas has an annual Tulip Festival.  Since the tulips in our neighborhood are almost done, Mom didn't want to wait for the festival itself to go see them, so she conned Dad into driving out with her.  (More on how she managed that at the end of the post!)

The festival is in Wamego: 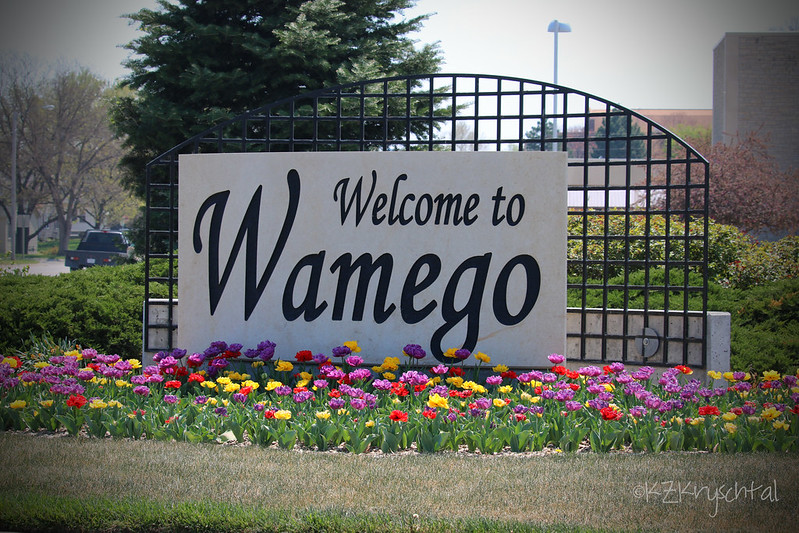 Mom leaned out the window to take that, while Dad stopped for a traffic light. 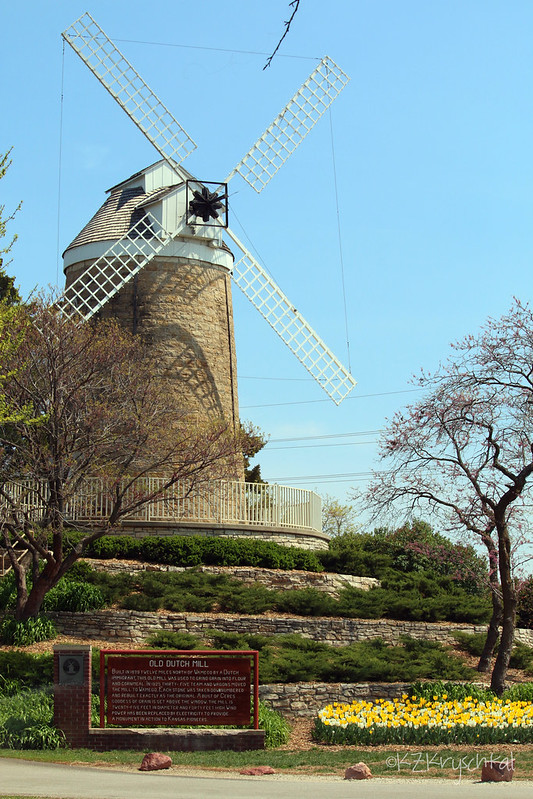 The Old Dutch Mill was built by a Dutch immigrant back in 1879, 12 miles north of the town.  It was used to grind grain into flour and cornmeal.  In 1925, it was disassembled, each stone numbered, then was transported to its current site at the park, and rebuilt.  It serves as a monument to Kansas pioneers!

Let's look at those tulips in front of the mill! 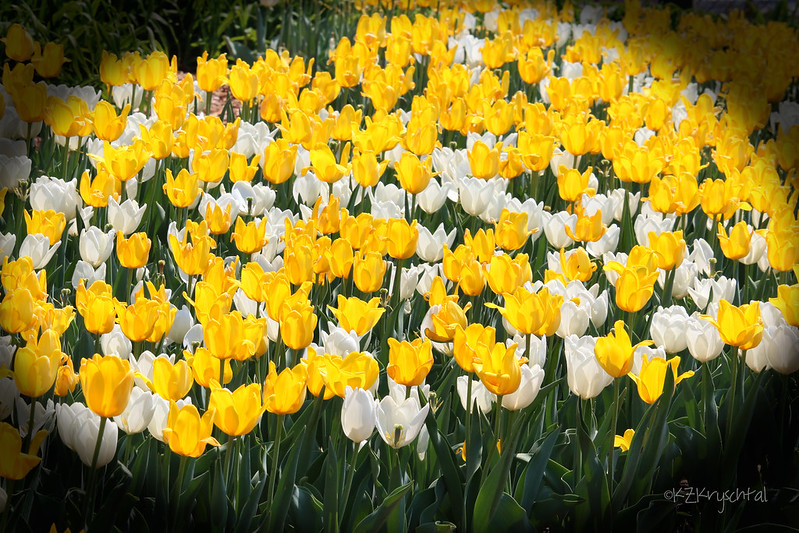 Near the windmill, there is a handful of old buildings that also represent the early settlers out here! 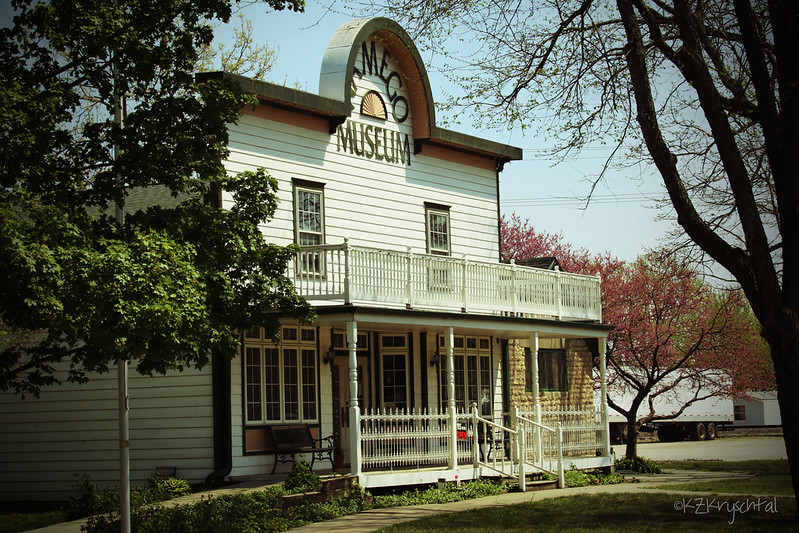 The Wamego Historical Museum contains artifacts dating back to the founding of Wamego in 1866! Other buildings in the park were moved there from other locations within the county. Mom really liked this one:


Oh!  See the dead tree to the left of the jail?  Someone carved raccoons in it!  Click here for a close up!

Near the buildings, Mom saw this bush:


She has no idea what kind it is, but liked the fluffy things on it!

How about some more tulips? 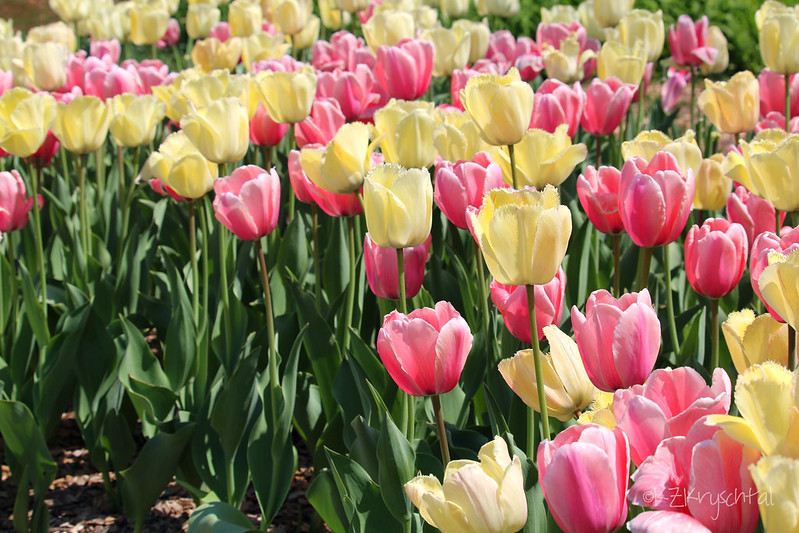 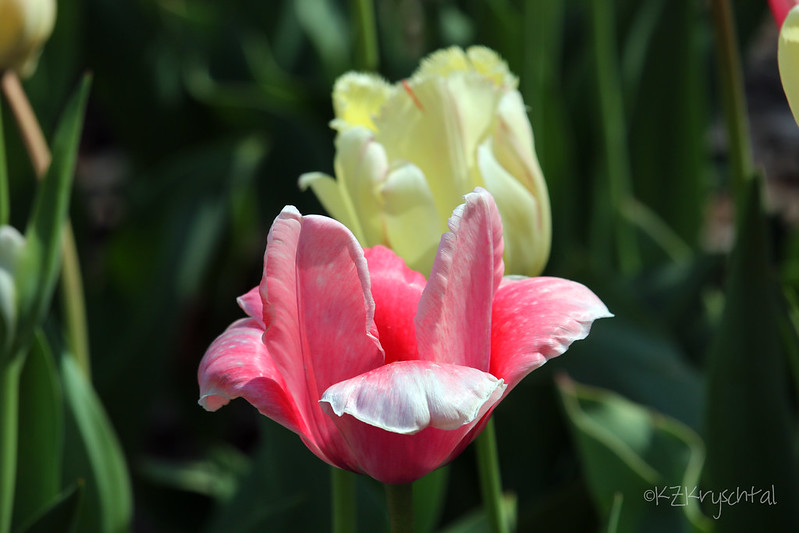 So ... in case you're wondering how Mom conned Dad into going to see the tulips, here's the story!  It has to do with this quaint, old house:


That's The Friendship House -- a restaurant and bakery!  They have the best old-fashioned, from scratch food there you could imagine.  And the VERY BEST Cinnamon Rolls ever:


Actually, everything Mom and Dad have ever had from there is incredible, but the Cinnamon Rolls are their favorites!  And they're a great way to lure Dad to Wamego!

We hope you feel nice and serene now!  Enjoy your Sunday!

PS:  If you'd like to see more from Mom and Dad's trip to Wamego, please click here!
Posted by The Army of Four at 11:28 AM