What I've Been Up To

Ha roo, pups and cool cats! It's me, Zim! You might be wondering what I've been up to, since the computer's been down for a few days. I've been doing all kinds of fun stuff and one of those things is called "catalogue shopping".

At first, I thought it meant shopping for catalogues, but then Stormy told me that before computers came around, people shopped through the mail. I thought I'd give it a whirl!

Dave and Mom have been working on something for my best friend Huffle Mawson, Explorer Cat and Honorary Husky, so I thought it would be nice for ME to find something special to tuck into the package they send her. I started going through the 10,000 catalogues the mailman has brought lately when I hit pay-dirt! 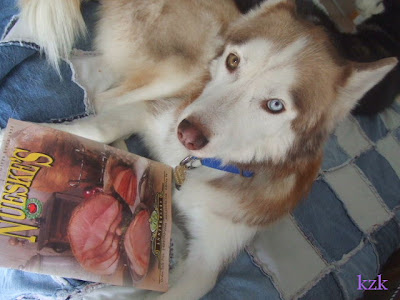 A catalogue full of HAM! What could be more perfect? It's Huffle's most FAVORITE thing! They had smoked ham and spiral-sliced ham and maple-glazed ham and Virginia ham and honey-glazed ham and ... oh, more ham than you could imagine! This one's even got the bone in it, so she could have something to enjoy later!

I thought it would be perfect. But then I thought about the customs guys. You know, since I'm in the US and Huffs is in Australia! 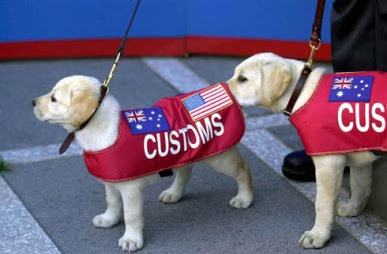 I wonder if those agents know Charlie the Big Dog? Anyway, I don't think I could get a ham past them. Then Ammy came up with a brilliant idea! Remember when she found the football tree? What if I sent Huffle a Ham Tree!!!!! Brilliant, Ammy! She found one for me at this link!

Now I just have to find a nursery that carries them... then Huffle can plant it in her garden and have ALL the ham she wants, whenever she wants it! Cool, huh?

That's what I've been up to!