Greetings to all, it's me, Maggie!  As I mentioned on Tuesday, I had my "big girl" operation.  I went in bright and early Monday morning and was allowed to come home Tuesday morning.  Mom and Dad were extra-anxious to get me -- not just because everyone missed me, but because we were expecting a big snow storm!  Here's what it looked like on their way to the Veterinary Health Center at Kansas State University!

First, they drove past the stadium where the Wildcats play: 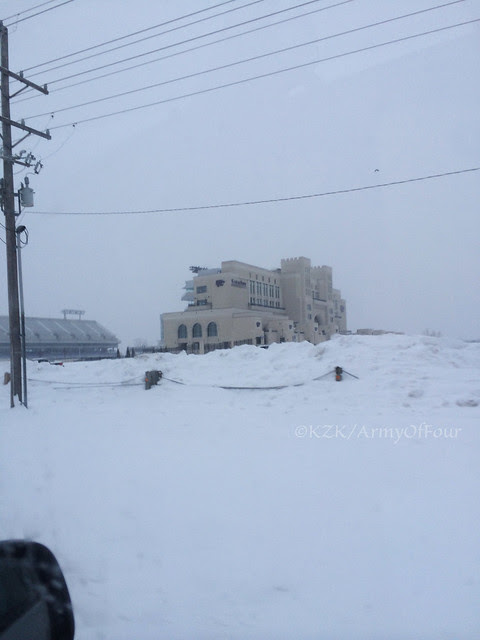 I'm pretty sure there weren't any Cats there, wild or otherwise.

Then they drove down the road to the vet school: 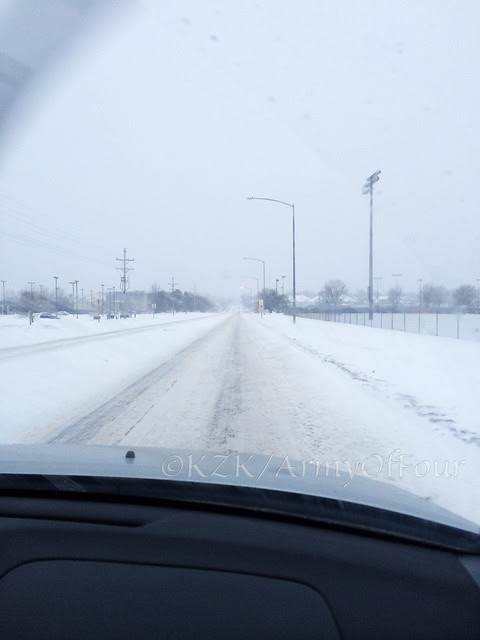 Don't worry, Mom wasn't driving, Dad was.  Mom was taking pictures and praying the storm would hold off until we got home.

I was all set when they got there! And so now... I'm supposed to stay calm and not run and jump and play and stuff for two whole weeks. That's right - with over a foot of snow on the ground! That's asking an awful lot of me, but I'm trying very hard!

I did have to go outside to go potty while the snow was still falling:

Yesterday, Mom took me on a 5-10 minute walk.  That's allowed, as long as I'm not running and jumping and stuff.  I was going a bit stir crazy and needed a short outing. 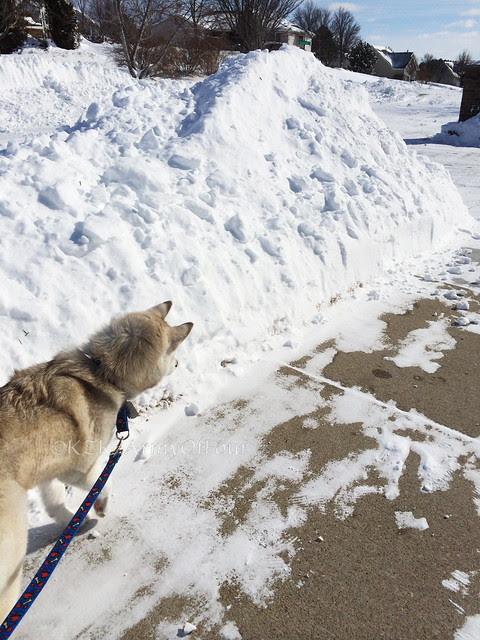 It was a tad breezy.  Can you see my fur fluffing in the wind in the photo above?


It did me a lot of good to get out and walk just a tiny bit.

I thought we should go again about 5 minutes later.


She's being really hardcore about following all the post-op rules.  She said it's only because she loves me and wants me to heal up really well.  I can accept that.  Besides, I was a bit out of gas.

OK, totally out of gas.  For a few minutes, anyway.


We're all very thankful to everyone at the vet school for taking such great care of me and for their kind, caring demeanors!  And we're also quite thankful the storm held off (for the most part) until we got home!

Yours sincerely,
Margaret Thatcher
Posted by The Army of Four at 2:35 PM