Ha roo, pups and cool cats!  It's me - Zim!  The fun continues out front - or as Mom calls it "the big mess out front" and as Dad calls it "the sooner it starts, the sooner it's finished out front".  Whatever!  Dave and I think it's pretty intriguing!  I don't have any photo updates for you, but I'll be sure to take some later.  I thought I'd finally tell you about the great walk we took Mom on last weekend!

Dad was out doing something important (I do believe it involved a small, white ball and some clubs...), so Dave and I were doing our best to keep Mom entertained.  We were doing such a good job that she said we could go on an extra walk - but "just to the corner".  (Ha roo roo roo...)

We were walking like the very well-behaved boys that we are and it was incredibly nice out, so Mom kept going ... and going ... and before we knew it, we were at the Hudson Trail!


That's one of our very favorite places to walk - there are tons of great smells and it's all shady and it's the best spot in town for squirrel sightings! I didn't see any that day, but I did have to check!

We had a great time walking and snoofing! 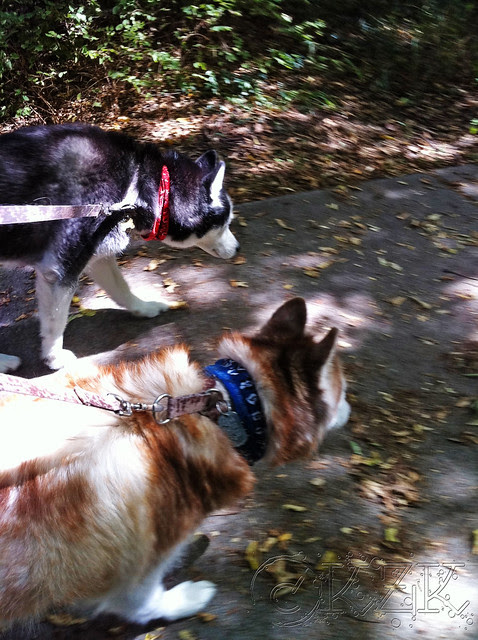 We were getting down to serious walking business in that pic above - can you tell?!?

When we reached the end of this part of the trail ... 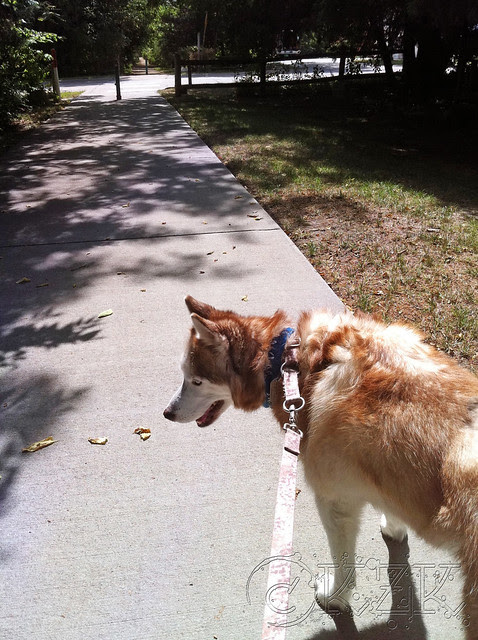 ...Mom said we should really turn around and head back. We were OK with that. There were cool things we passed by the first time that we wanted to go back and check out - like this!

Isn't that incredible!??  That had to be one HUGE mole!  I checked it out, too.
My immediate thought was my pal Jack!  Even his sister Moo admits he's the Holey Moley King!  I had Mom post the pic to FaceBook and sure enough - he confirmed that it was an incredible find!  Dave and I remain on alert for an all-out attack by giant moles!  Maybe we'll get Mom to take us "just to the corner" today, so we can see if it's still down there by the Trail!
Have an adventure-filled weekend!
Play bows,
Zim
Posted by The Army of Four at 11:14 AM