I'll Be Your Roundabout

Ha roo, pups and cool cats!  It's me - Zim.  Remember I mentioned something yesterday about an extra-special, really exciting adventure?  Well, we were listening to the local news on the radio at lunch, when I  said, "Ha roo!  I know exactly where we should go today!"  After lunch and a walk with Dave, Mom and I headed off!

Mom had no idea where we were going at first, but since I was the navigator, did that really matter?  Not really.  I directed her into town; we kept going and going and going.  Pretty soon, we saw this: 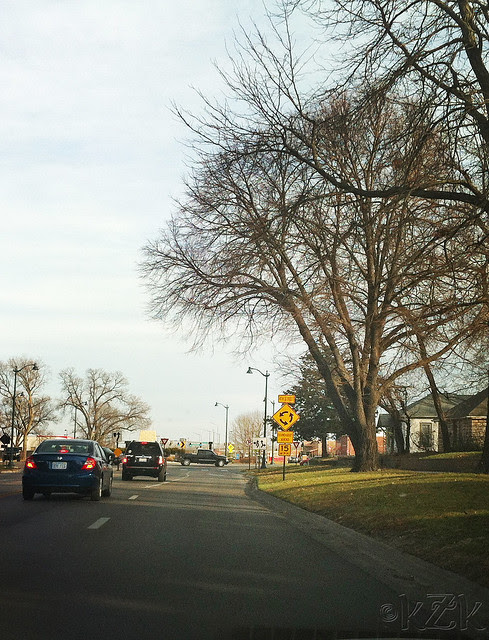 We went through the roundabout, then pulled over and parked.  I got out and had a look around.

It was great!  I had never been where I was before, so there were all kinds of cool things to explore, sniff, and to see!


Then Mom figured it out - the news broadcast and where we were.  Hey, I had a plan all along!  How could she doubt me?

Can you see it?  Let me clip in a screen shot from Google Maps for an aerial view:


That's right - I was at THE roundabout at 4th and Bluemont.  Our City decided to put this in a few years ago to help control traffic instead of something pedestrian (no pun intended) and less expensive like a traffic light.  So far, the cost has been over two million dollars ... but, hey, the project isn't complete yet.  See that pedestal in there?


Right in the middle - a pedestal.  The plan is to put a sculpture up there.  I heard on the news at lunchtime that the committee in charge of choosing the sculpture announced that the members need more time to reach a decision.  That tells me they haven't decided anything yet and there was still time for someone to come up with a really cool, outstanding idea of what to put up there!


I have a perfect idea!