Greetings to all!  It's me, Maggie!  Every morning, while we're on our walk, Mom tries to get "good" shots of me and Cam along the way.  Here's one of us at about the one mile mark:


That was a pretty good one, if I do say so myself.  She tried again when we were about to head into the woods.  It would have been good ... 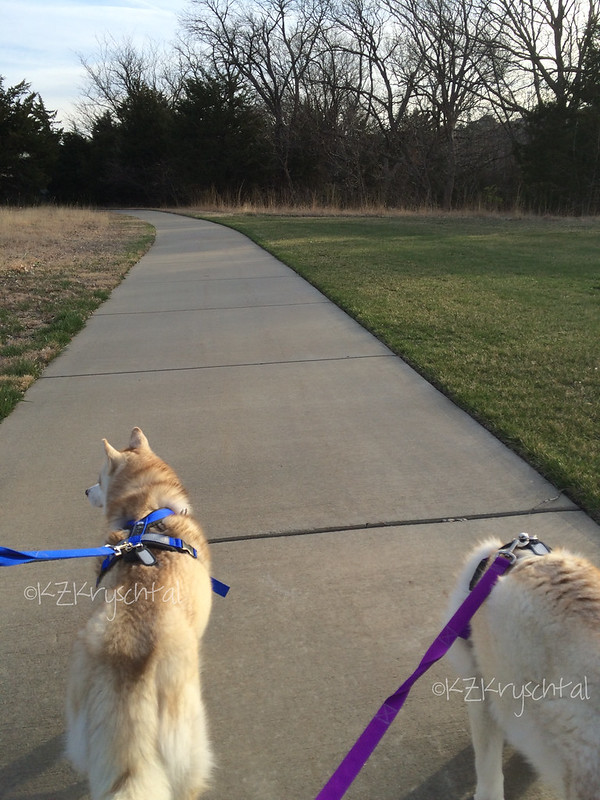 ... if someone wasn't sniffing something.


Truth be told, usually I'm the one with my head down, trying to snarf something.  Umm... I mean sniffing something.  Whatever.

Let's head into the woods!


I would have used the old "Lions and tigers and bears" line, but I stuck to what we would have a good chance of seeing.  Unfortunately, bunnies, turkeys, and deer were out of the picture, too.  However, when we got to the Kansas Ocean ...


... Mom and Dad got all excited because there were some little ducks and a couple Canada Geese in the ocean.  The ducks were too small and too far away for Mom to ID them, so she went back later with the camera.

Two of the ducks were Blue Winged Teals:


And two were American Wigeons! Mom has never seen them before, so she's all kinds of excited!

It was a great morning - and a great walk! Thanks for coming with us!

Yours sincerely,
Margaret Thatcher
Posted by The Army of Four at 10:59 AM