Ha roo, pups and cool cats!  It's me, Zim!  Dave and I thought we'd take some time today to start showing you some of the Christmas decorations we helped put up this year.  Let's start over by my Sitzbank, shall we?


Yeah, yeah ... "No Siberians allowed on the furniture." ... gotcha.  Right.  Whatever.  Here's a detail shot of my favorite of the three quilts:


(Hard for Mom to get too serious about a silly little sitzbank rules infringement after that, don't you think?  I mean - be merry, Mom!)

Moving right along ... here's a nice shot of Dave by the fireplace:


Just to the left of the fireplace are Mom's Belgian sabots - wooden shoes left out for Saint Nicolas to fill on December 6th (St. Nicolas Day!).  To the right of everything is one of our Christmas trees -- that's the Patriotic Tree, and we'll show you more of that tomorrow or so.  On the mantle itself ... let's zoom in for a close up:


Here's a closer look at the music box: 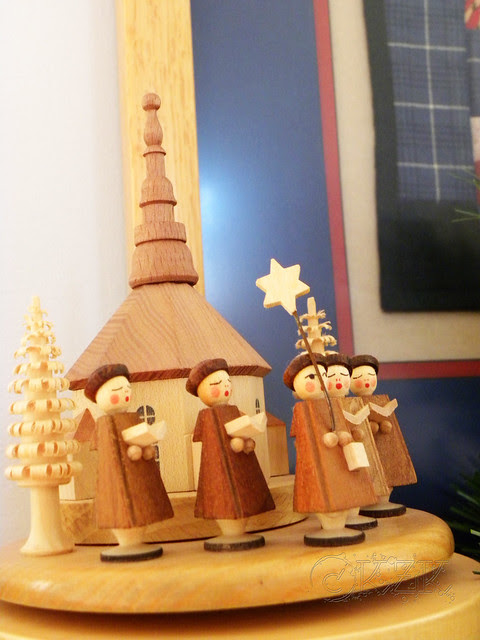 Mom and Dad bought it in Germany.  If they had purchased it here in the US, it would play Silent Night, but since it's from Germany, it plays Stille Nacht.

Here is the tiny Crèche: 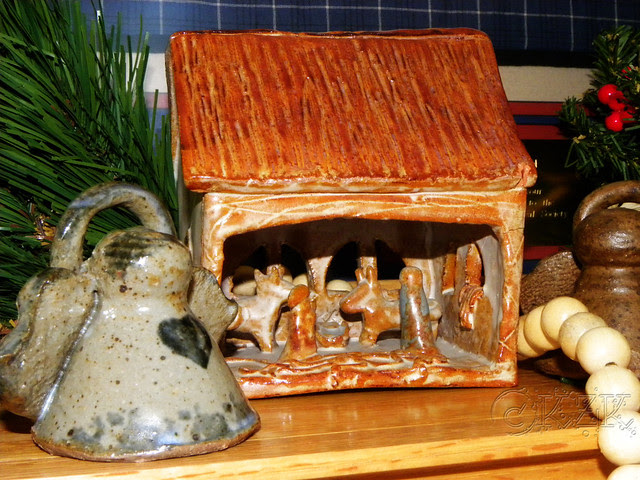 Mom bought it when she and Dad (and Jesse and Lucky) lived in Belgium from one of Mom's favorite stores.  The pottery angels are from right here in Kansas.

Down at the end is the shepherd and his flock: 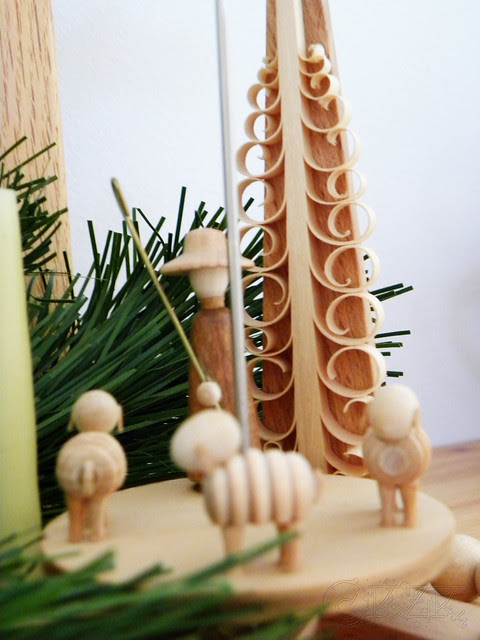 It's from Germany, also.  It has candles, and when they're lit, the shepherd and his sheeps spin around.  Or they don't spin around and the fan blades catch on fire.  (Click here for a flashback to explain...)  Needless to say, Mom doesn't light the candles much anymore. 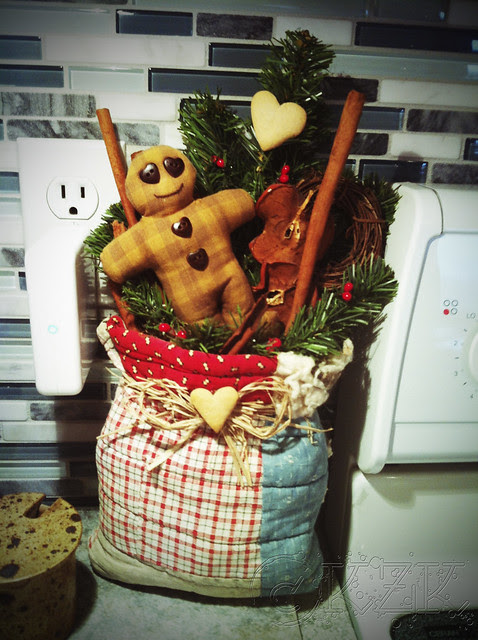 It's entirely possible that Mom made and added the gingerbread man several years ago and that there used to be an applesauce/cinnamon one in there instead.  I ... have NO IDEA what happened to the applesauce one!  Besides, it might not have been me... and I refuse to point the paw at any one of my pack mates!  I've said enough about that!

Pursuant to our new agreement about me not having to pose with stuff touching my feety-feet, here's Dave: 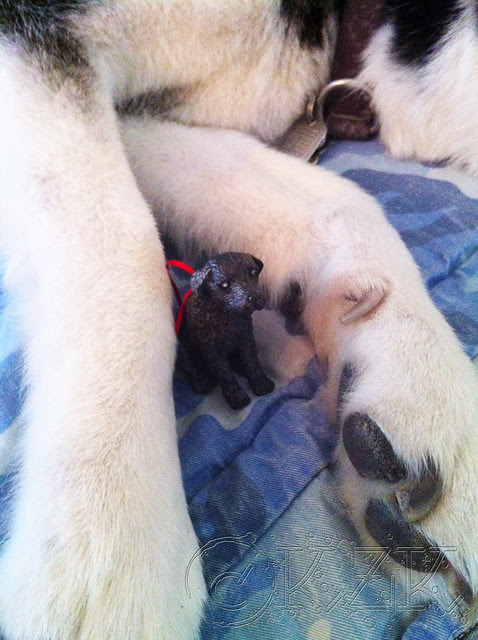 And here's Dave with a card we got from one of our special pals and his peeps:


The quilt reads "In the meadow we can build a snowman!"  It's a nice thought, anyway.  Our snow is an icy mess now, but it was fun for a while there.  They said we were going to get more for Christmas, but now they're backing off.  I only have one thing to say about that.

More decor coming in the next few days!  Be merry, everyone!