Woo, everypup and everycat.  It's me, Dave.  I thought I'd go back through some of the pix Mom's taken since the little one has joined our pack and fill you in on how she's doing.

Pretty much from Day One, she studied Zim and me and used us as models for what to do.  Here's a great example:


She's not umbilical corded much any more, but she is for a lot of these pix.  As I said, this is sort of a retrospective!

She also has learned a lot of other things over the past week and a half, such as mastering Angry Birds:


She's learned to leave us alone when we're on Guard Duty:

She made her first attempt at snooter hanging!


Zim thinks she's a natural and that she should get to do the snooter hanging from now on.  Hmm.

She also got her first jingly tag:


She tried out the bed by the fireplace and thinks it's mighty comfy ... 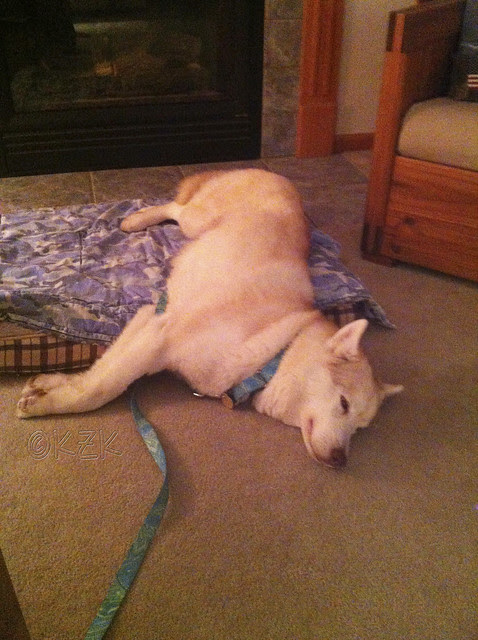 ... but perhaps not big enough.

She learned something else about the fireplace:


So, yeah.  She's learned a whole lot already!  She loves going on our walks, plus long walks with Zimmie, and she likes hanging out with me.


Oh, yeah.  And did I mention she's got some killer cute-poses in her repertoire?!?  Check this out: