To celebrate Father's Day today, our Sunday Salute goes out to all dads!
First and foremost, we salute our own dad! Dave wrote a really cool Haik-woo about him that he posted last year; it's worth checking out! We tasked Mom to take a new picture of us last night, so we could make this cool card. 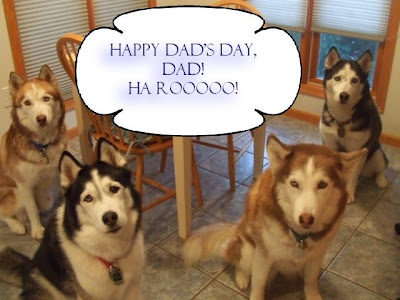 We love you, Dad!
(Note to readers: We'll share some of the out-takes with you later on. Ha roo roo roo!)
We'd also like to salute a new dad in our neighborhood! In fact, just last night, someone tried to invade his home while he and his wife were out getting a bite to eat! We saw the dad fight off the intruder, then he and his wife just FLEW into the home to make sure the kids were OK! What a great, brave dad! We don't have a picture of him ... but here are a couple shots of his little ones! 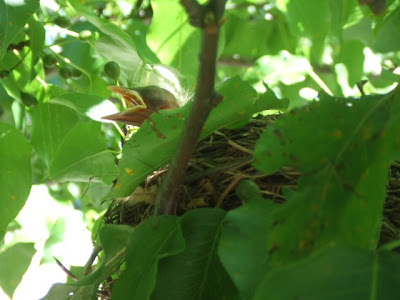 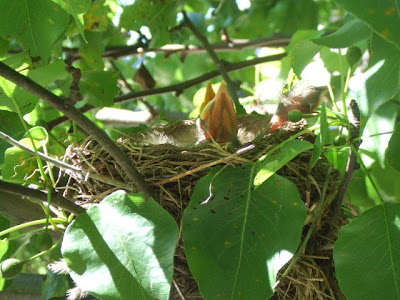 That's right - Mama and Dad Robin have had their babies! What a cool Father's Day this is for them! We'll help keep an eye on them, and will chase off that other bird if we see him come back! We think it was a European Starling, but don't quote us on that!

Here's a shot of us with our dad from last week. We LOVE having coffee out on the deck with him in the mornings! 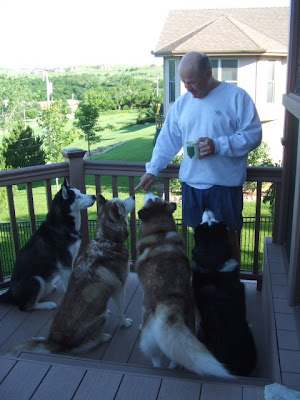 Happy Dad's Day, Dad! We love you! And we salute all dads out there for all they do!