Woo, everypuppy, it's me - Dave. What an exciting week and weekend we had - now it's time to regroup a bit! We took Mom and Dad on early morning walks today, then decided to go hang out on the deck for a while since it was relatively cool out.

Amber was giggling and telling jokes to Storms. 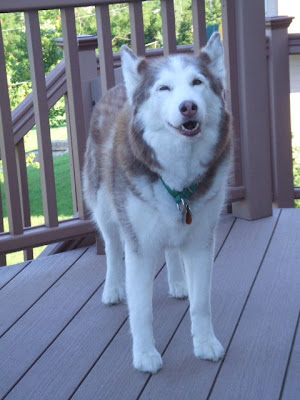 I think Stormy rolled her eyes... but she couldn't resist. 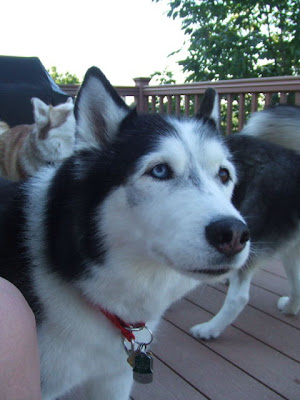 I don't know, Ammy. Where DOES Oswald eat breakfast?

Am responded with, "At the I-HOP." 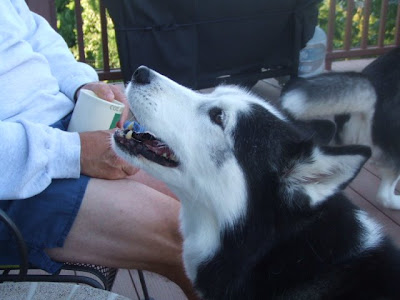 Too bad Dad and Mom couldn't understand what the girls were saying; that's a pretty good one! I would have laughed, but Zim and I were otherwise engaged. 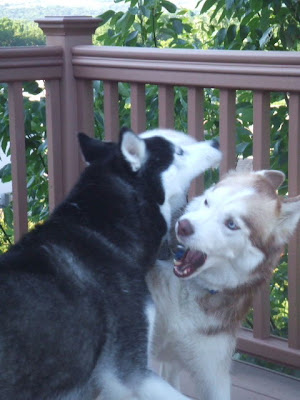 Don't we look scary? Woo. Here's a good one, below, of Zim trying his best to look fierce: 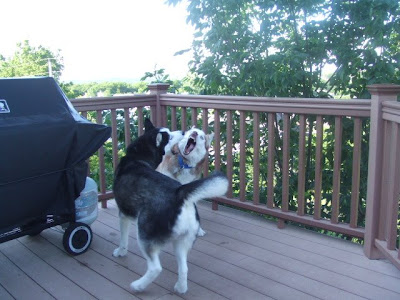 Pretty good. You might think he was a wild coyote about to jump some prey or something. What he was really doing was saying, "Hey, Dave, time out. Could I get past you for a minute?" 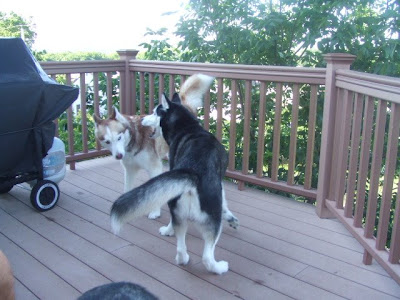 He needed a break. And saw the "prey" that most interests him. 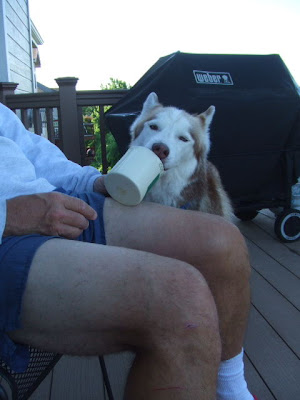 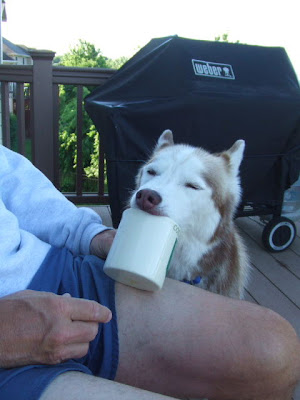 ...then we got right back into the game! 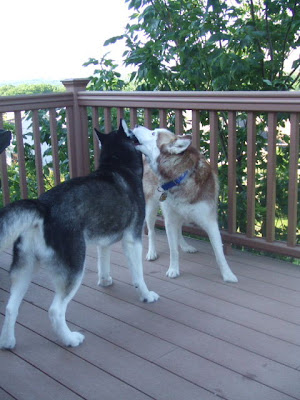 Woo! I love having a kid brother. Especially one who's always Zimstigating something!