Paws UP for the Tuffy!

Woo, everypup! It's Dave again! I think I definitely enjoy the Tuffy toy more than Amber, but Mom has it in her head to let Am give it another go after Am sees me playing with it. For some reason, that always generates interest in her! Anywoo, here's part two of my own Tuffy toy test!

The last time you saw me, I was chewing in the living room. 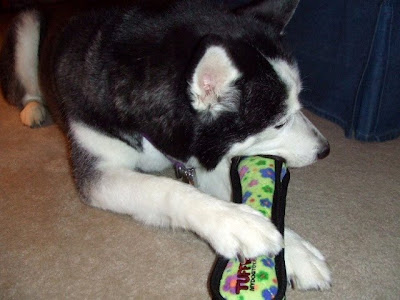 But since I do lots of work down in the Quilt Studio, we thought more testing down there would be a good idea! 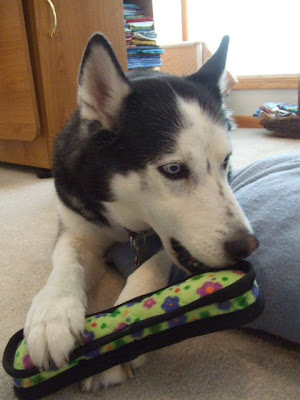 As you may recall, that's where I showed you how I played with Wonky. Ol' Wonky didn't last too long; I still miss him. I loved Wonky. Woo.......

Here's a little video clip of the work I did in the Studio. Mom rattled the Tuffy for me, which was fun. (And I love it when she schnuzzles my muzzle like she did. What can I say? Take a poll with all your moms out there - I'll bet they'd love to schnuzzle my muzzle, too!) Here you go:

I had to take a break for a while - this toy testing is hard work! 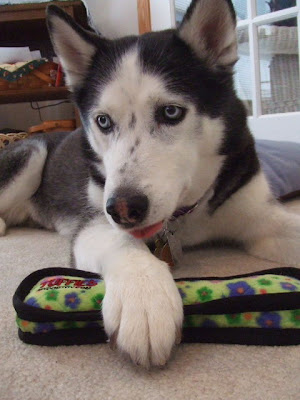 A short break, then I was right back to work! 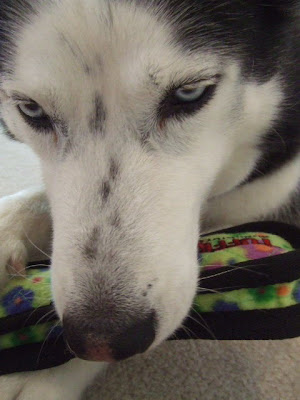 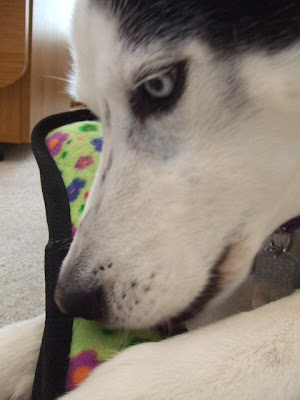 I have to say, I really like Tuffy! A couple hours of play and it's still in perfect condition! The only drawback is that we didn't realize it had a squeaker until we heard about that from one of our pals. It's REALLY hard to make it squeak! Mom doesn't seem to think that's a bad thing, but I LOVE making toys squeak! Woo.

I'll keep you posted on how it holds up - and whether Ammy shows interest now that I've played with it. But now ... I need a break! 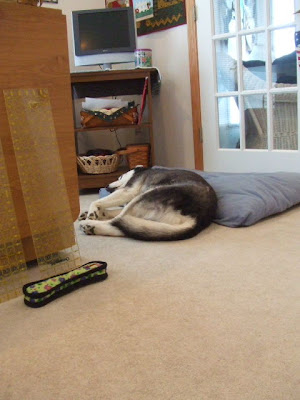 It's so hard being a member of the Working Breed group!