Ha roo, pups! Sunday was Mother's Day here in the States, as many of you already know. I thought I'd do something especially nice for my mom. She took me out front do shoot some garden pix and I thought I'd found JUST the right way to say "I love roo, Mom." Flowers! Girls love flowers! Am I right here?!?! She was taking pix of something called "peonies", which at first I thought were called "pee on me"s, but hmm, my mistake apparently. Who knew? She's got some pretty full double ones: 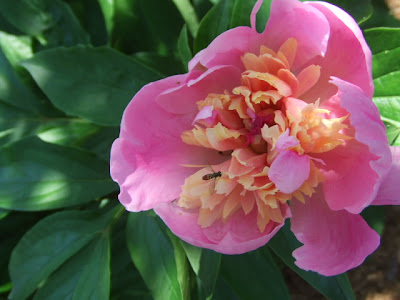 Oooh, look! There's a bug on it! Cool! And she has some single, old-fashioned ones: 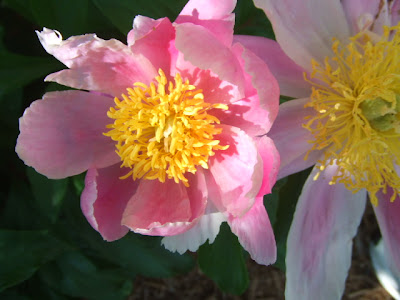 I really liked those single ones. I thought I'd found just the thing for Mom for Mother's Day and tried to pick one for her! 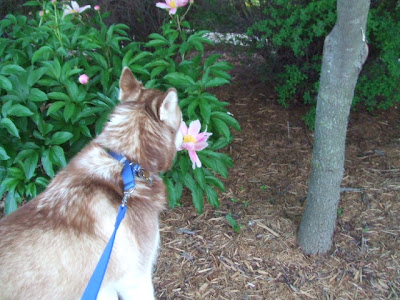 Before I could even get the tasty petals all the way into my mouth, I got one of those confusing "NononoZimmienonono" things. What does that mean? A guy tries to do something nice for his mom, and that's the thanks he gets? Bipeds. I'll never figure them out.

PS: For those of you who are wondering - yes, they were real tasty!