Ha roo, pups. It's me - Zim. I'm dedicating this post to Aunt Janet.

Mom told her about the Cat Burglar from the other day and sent the pictures to her. Aunt Janet was afraid Mom was talking about you-know-who when Mom asked if she'd like to see pictures of our new friend. See, Aunt Janet is a Master Gardener and she fights the Battle of the Bunnies, too. But no, a cat was trying to break in. Oswald was too busy making himself at home in the back yard! But rest easy, Aunt Janet! This post's for you! 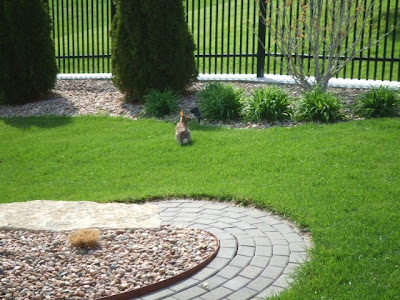 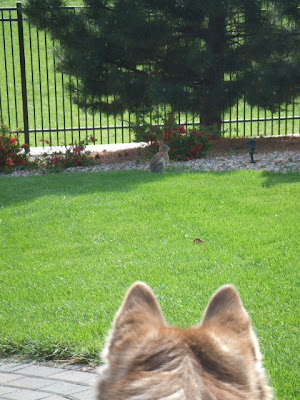 Oswald in my radar 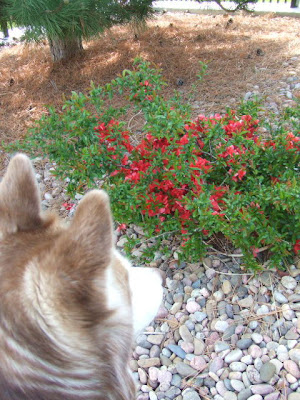 He likes to hide out in those Texas Quince. Oh! Maybe he's in the ones on the other side of the yard! 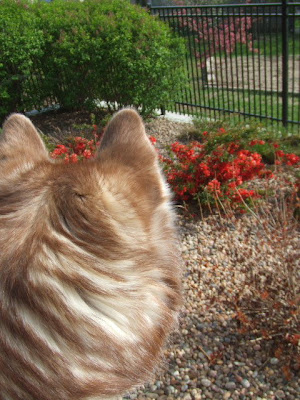 No luck. But hey, the Old Fashioned Lilacs are blooming! 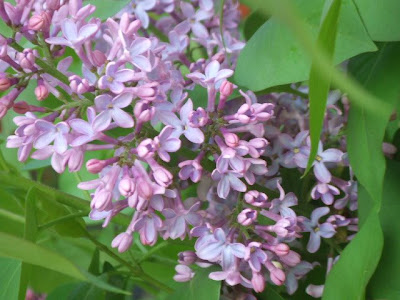 Mom loves those. After we did sniffies, we checked back up at the top of the yard for Oswald.

On the way up the hill, we passed by the Eskimo Viburnum. I like that the name! 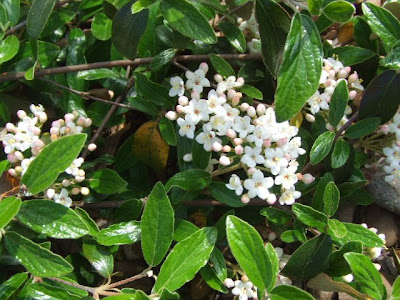 OK. Here's what I saw when we got to the top! 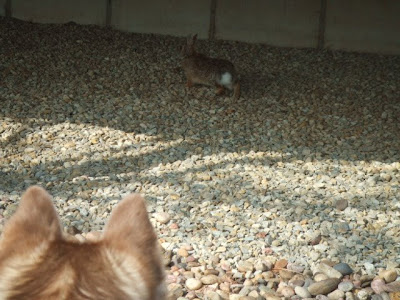 Hey, what's that under the deck?

It was hard to make him out, but the cotton tail gave him away! 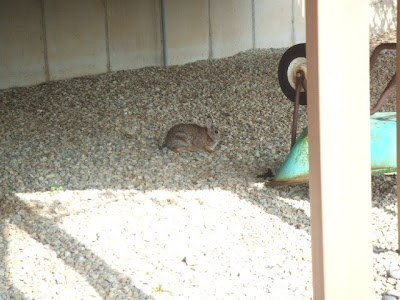 Yeah, he was all OVER the place! I told him to stay away from the rose bush Aunt Janet sent us! Here's how that's coming along: Signs of life and no signs of bunny teeth marks. Two good things!

While we were up by the deck, I checked out the Juddi Viburnum. They smell HEAVENLY! 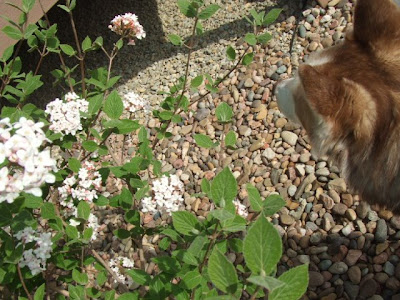 Here's a close-up for you: 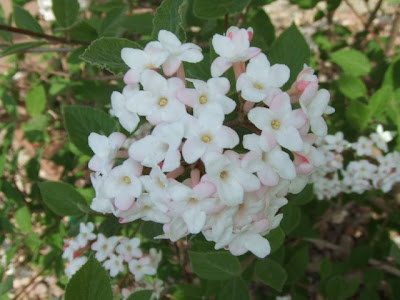 Pretty, aren't they? Sadly, Mom wouldn't let me taste them. I don't know why not.

Anyway, I told Oswald "hi" for you Aunt Janet. Mom said we were going to leave a strip map for him with directions to your house, OK?