A Body Guard For Huffle

Ha roo, pups and kitty-cats! It's me - Zimmie. As many of you know, my best friend Huffle Mawson had to sack her body guard, Polie. Kind of sad, really. I wasn't too surprised, having some experience with polar bears myself. You just can't turn your back on them!

Anyroo, I asked Huffle if she'd like me to interview body guards for her. She thought that would be a good idea, so I gave it a go. I thought I'd look around the front guest room for possible candidates.

I hadn't been in there for a while - for some reason, Mom keeps the door shut. I have no idea why. When I got in, I had to explore a little. 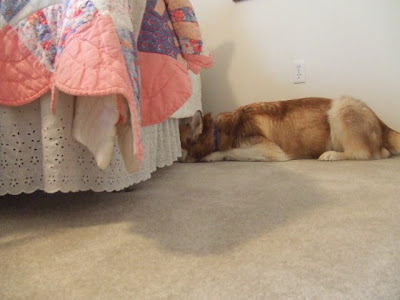 Hey, Huffle! Are you 'down under' there? Ha roo roo roo.
Get it? Huffle is Australian... OK, Ammy giggled, at least. I stopped clowning around and got to work. Check out who approached me first! 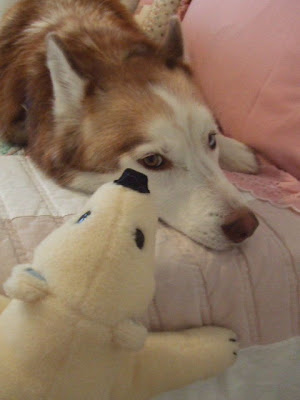 Psst! Hey, Zim! Whatcha doing in here?
Oh, no! Not the polar bear! He tried to convince me he was up to the challenge of keeping my best kit-cat pal safe... 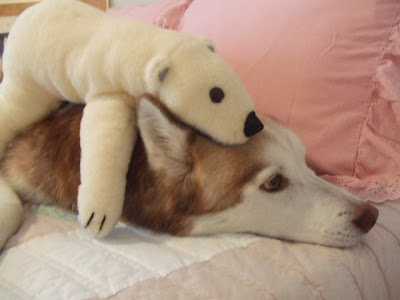 Ha! Pinned you!
...but really, she already tried a polar bear, and he just didn't work out!

A stuffed puppy approached me next, but all he seemed to want to do was lay on the bed. 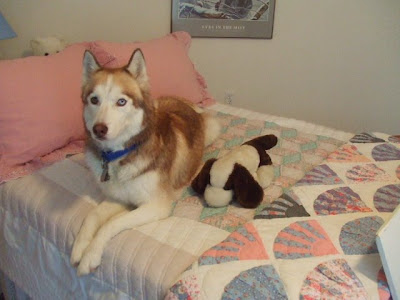 Not a bad idea, but not exactly what you need in a body guard.

Dave came in and grabbed an armadillo. 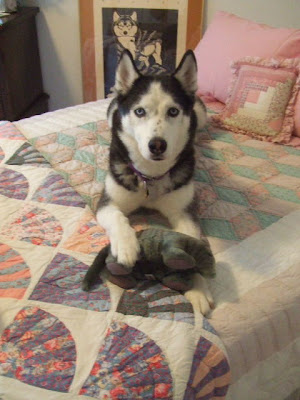 It was about to attack, honest.
I'm from Texas; I know about these guys!

He said since armadillos have their own coat of armor, he might be a good body guard for Huffle. I wasn't real sure. Stormy said when they get scared, they curl up into tight balls. That doesn't seem like the right reaction for a body guard. I kept looking. 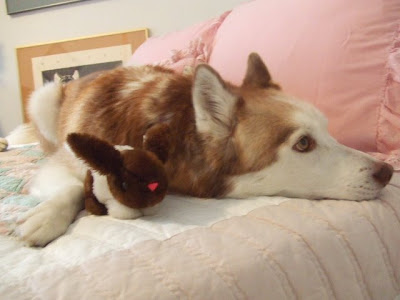 Does he remind you of anybunny? Yeah ~ Oswald! And based on what I've seen, he comes from pretty brave stock, but I'm not sure if he's body guard material. His relatives seem more into gardening, not security!

Storm said I had the right idea by thinking small. She said the less obtrusive, the better -- Huffle can relax around someone on the little side, and anyone trying to get to her will have his/her guard down. Hmm. I think I found the perfect guy! I just know Huffle will like him! 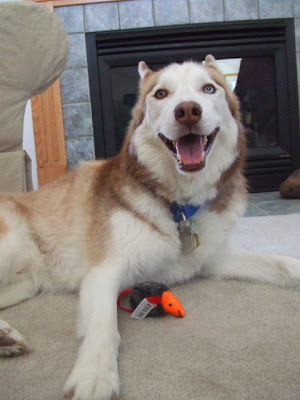 Isn't he cool?! He's a little mousie! I asked him his name, and he wouldn't tell me. Oooh, sort of secretive. That's good for a body guard, isn't it? I think he might do a good job for Huffle! 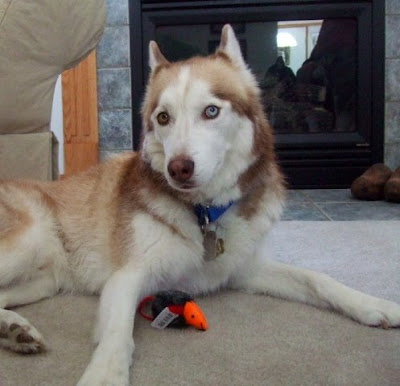 What? You don't think so?

Well, I sent him to Huffle, so we'll just have to see! I have faith in him! If nothing else, I thnk they'll be pals. He should be in Australia by next weekend.

In other news, I would like to thank our fluffy-tailed friend Khyra for presenting us (and our fellow SMSers) with this cool award!

Thanks, Khyra! We truly appreciate it!!!