Ha roo, pups! It's me, the Z-man again. I thought I'd share more pix of how Roger's settling in here with you.

When I left off yesterday, he and Stormy were all snuggled in for a nap. Since he travelled here all the way from Australia, he HAD to be tired! Hungry, too! After nap time, it was time to chow down! I let Roger share my Euk with me. 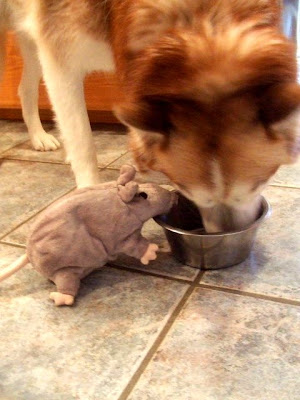 He really didn't eat much, but seemed good to go afterwards. He even helped me with the dishes! 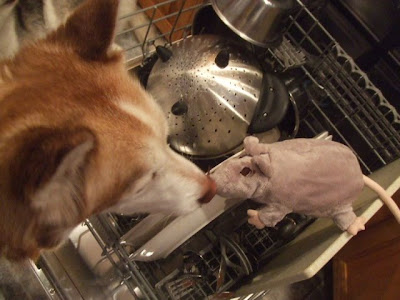 That's really nice of him, don't you think?

After chow time, it was nap time, of course. 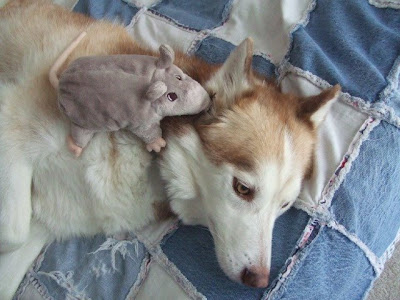 After a short snooze, Roger said he was ready to play. Play!?!? Now you're talking! I jumped off the bed and we ran into the living room, doing zoomies. I ran back into the bedroom and yelled, "Ha roo!" and play bowed, waiting for Rog to come back in! 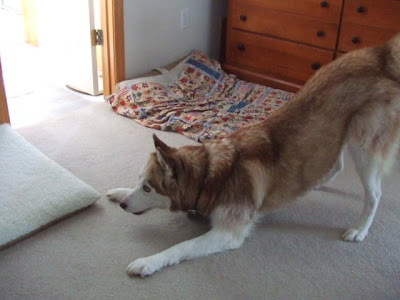 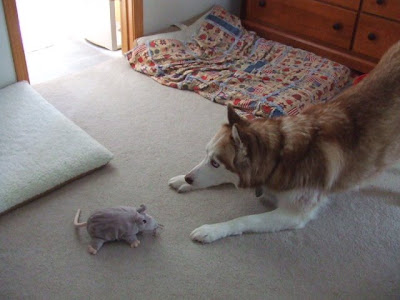 We did a lot more running around, then Storm said Roger probably needed some more rest. Amber stepped in and said she'd watch over Rog; those two seem to like each other! 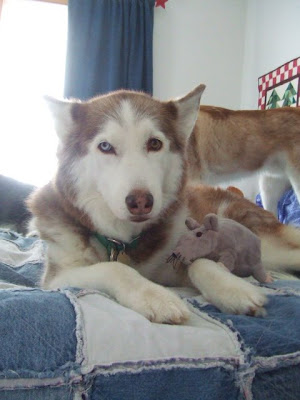 You can see part of me and Dave in the background; we were still in the "huskying around" phase. We eventually decided to settle in for a little sack time. 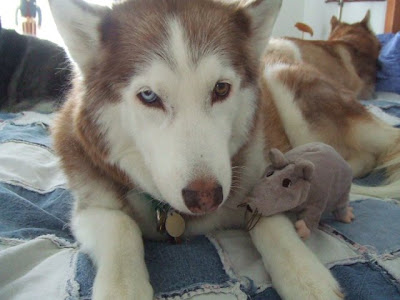 Am and Rog again

Tune in tomorrow, as I show Roger our morning "coffee on the deck" ritual!