Ha roo, everypup and kit-kat! It's me - Zim! Did you see the cool pictures my best kit-cat pal Huffle Mawson posted the other day? Yeah, the ones of her out exploring the garden! Didn't she look cool!?!? I love exploring in our garden, too. Mom took this picture of me the other day and it reminded me of Huffle! Check this out! 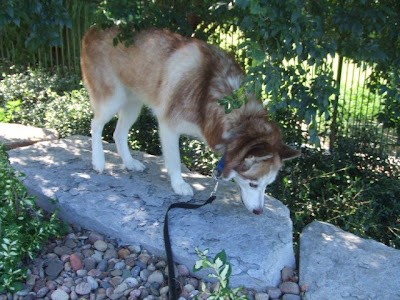 Ha roooooo! Cool, huh? Huffs and I have SO much in common!

After I explored, I decided I wanted to play with a Wubba! Mom gave me a choice of the camo one, or either of the two Steve and Kat sent us. I went for the green one. 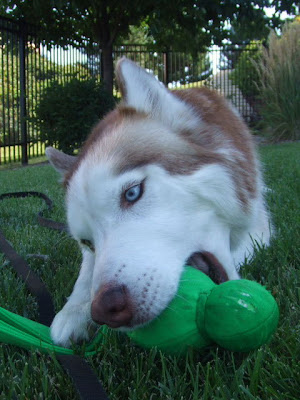 Isn't it cool? (Just for the record, I'm NOT the one who put the teeth marks in the Wubba.) 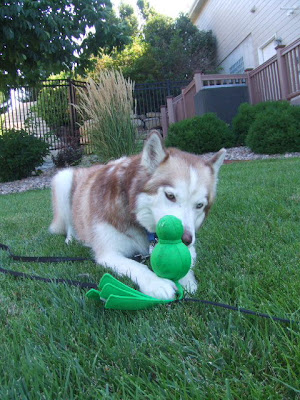 I actually chased after it and stuff - I don't usually do that! 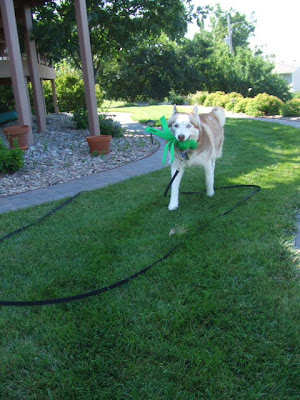 I really liked playing with it. Here is a cool action video of me!

When Mom realized I really wanted to play, she threw it a little further for me. Like I said, I'm not usually into chasing stuff, but I really had FUN! We did lots of throws and chases; for some reason, Mom has a hard time throwing and using the camera at the same time, so we just played for a while. She did take one more vid. Here I am:

As you can probably tell, I was done with the chasing stuff after that last throw. I decided to admire the view for a while... 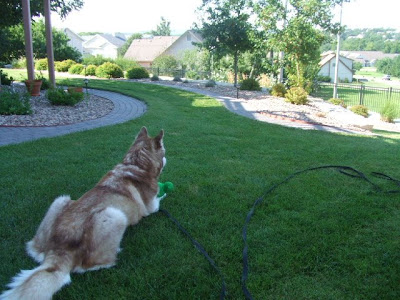 I looked into the neighbors' yard and saw Oswald over there. I think he was watching me play. Does anypup or kitty know if they make Bunny Wubbas? He might want one. 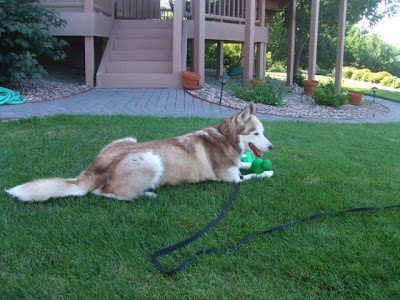 After I was done playing, Mom took a great shot of me. I already sent it to my gorgeous girlfriend Sitka; I knew she'd appreciate it. 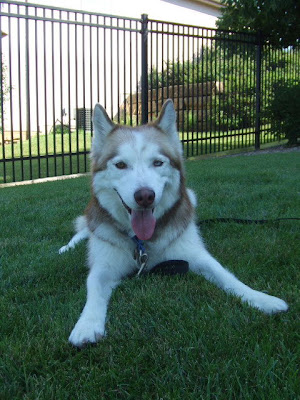