I was surfing through some of the DWB and Husky Blogger Ring blogs the other day - and saw a new pup who really reminds me of our great-sister Lucky! Yeah! On "The Adventures of Two Huskies and their Cat", I saw Steve and Kat, two adorable Siberian puppies! (What else could Siberian puppies be?) The more I looked at Kat, the more I thought she looked like Lucky!

Check this out! Here is Kat (hope she doesn't mind me posting her pic here!): 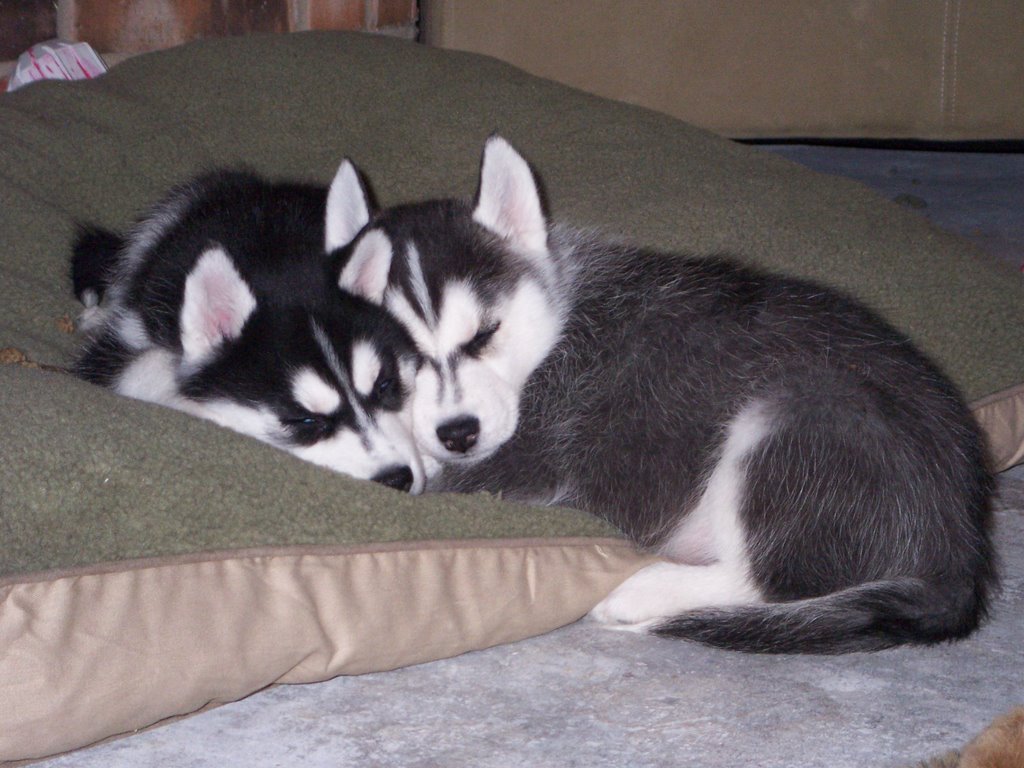 That's Kat on the left;Steve on the right. Now here's a picture of Lucky when she was a wee babe like Kat: 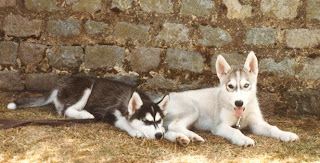 That's Lucky ('83-96) on the left; Jesse ('83-92) on the right. Can you see the similarity!?! Lucky and Jesse were from the Karnovanda kennels, which is in Michigan - their biological dad was Karnovanda's Gingerbreadman! So they were from American lines, but born in Berlaar, Belgium, and came back to America eventually! Everypuppy with me on that one?

Kat & Steve told us their mom is curious to know what they might look like when they get bigger - Siberian masks change when we grow up, you know! Click here for great examples!

Here are a couple pix of Lucky, as she grew! Here she is when she was 3. They had just moved to the US from Belgium! Left to right are Lucky, Jackie Blue (mom's brother's Siberian!) and Jesse. In the middle is our non-fur cousin. :) See how Jesse's mask changed, too? She lost those "glasses" she had around her eyes - or as Amber likes to say, maybe she got contacts. Ha roo! That Am; she always cracks me up! 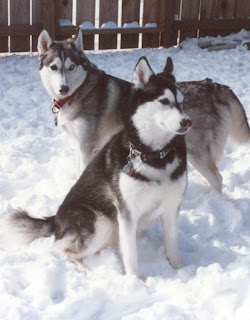 And here she is another a few years later, when she was probably 5 or 6!

Hope you enjoyed the pix. Lucky and Jesse were some mighty special Siberians! :) And they really did a lot of the training of our bipeds. Ha roo!