Storm here. (Amber chose the title for today's post. Can you tell?)

I'm not sure quite how they did it. I tasked the boys to come up with a tank, since our friend Peanut said he wants to join the Ao4 and if we could get a tank ... he said he could be a tanker like his dad was. His brother Flash wants to join up, too - so I thought it would behoove us to get a tank. Though a hard task, I thought it would be a good test for Dave and Zim. Check this out: 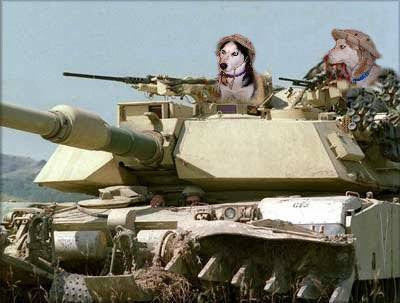 Pretty cool. I told them to put it in the driveway, behind the Celica. I'm sure Mom won't mind.

Tail wags,
Storm
Posted by The Army of Four at 8:45 AM