Ha roo, pups, it's me - Stormy! Our friend Louka left a comment for us the other day in reference to a certain cartoon character the boys thought I resemble. He was really kind and said, "Oh and Stormy, don't worry about the comparison that Dave made. That other character is really cool! I mean look at him, he's omnipresent! Being everywhere at once is really cool! Oh and I met him in real life too and I wanted to go say hello, but for some reason mommy objected. He looked really nice, though." Isn't Louka sweet? He really helped bail the boys out, if you ask me. And too bad he didn't get to meet the real you-know-who up close and person - uh, Siberianal! I don't know why his mom wouldn't let him!

That story reminded me that a couple Springs ago, we had a little visitor in our yard. I love little puppies and other fuzzy things and have a very strong maternal instinct and I thought he looked like a sweet little kitten or something and please, oh, please, can't I bring him in and raise him as my own? Here he is on the retaining wall by our Snowball bush. 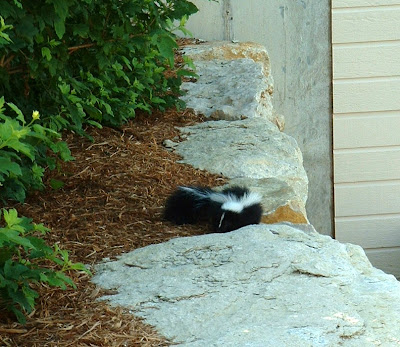 Mom followed him around and took some pictures. Here he is, after he made his way down the wall. 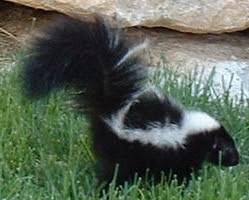 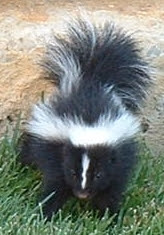 Hi! Do you know Stormy? She said I could live here!

For some reason, like Louka's mom, our mom wouldn't let me adopt or even play with this wee little babe. We named him Leopole the Bold. Sadly for me, Mom and Dad hired an Animal Control Officer who put some humane "live traps" in our yard; he caught little Leopole after a few days and released him out in the country where he'd previously released the mama and other babies he caught next door. 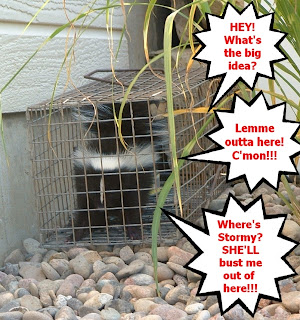 I don't see what the harm would have been to let me raise him as my very own.