Tail wags, pups! It's me - Stormy. Our dear puppy friend Kat left a great comment the other day on Zim's post about the Bee's Knees. She said that she loves to chase a bug that comes out at night. She told us, "Dad calls them 'Junebugs'. I wonder if next month he will call them 'Julybugs'." Great question, Kat!

First, let me clarify one thing. When I first heard Zim mention 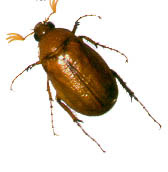 "Junebug", I thought he meant Harley's sister, Juno... who occasionally goes by the nickname Junebug! It would be really cool to chase her around, too .... but then I realized Zim meant the real BUG kind of Junebug, pictured at right. Hmm. We don't have a lot of Junebugs here right now. They seem to come out in May, then disappear until August... which really makes me wonder about the name, too. I did a little research and found out the bipeds also call Junebugs "May Beetles" ... so I'm going to have to say that it's only fair that we call Junebugs "Julybugs" next month, then "Augustbugs". It only makes sense. Except for Juno - we'll stick with "Junebug" for her. OK? 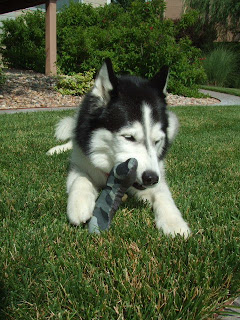 ...then go in before it gets too hot. 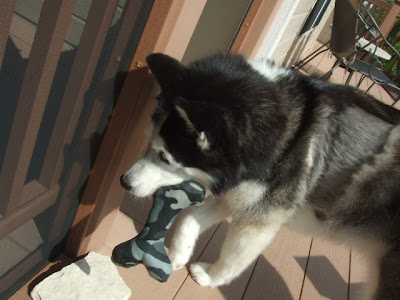