Ha roo, pupper-ooohs! It's Stormy again! Now ... what were all those guesses about the contents of our surprise package? They were all great guesses! A Lab in Sibe's Clothing? Cookies? Treats? CAKE? Much-needed dog hair to decorate the living room? DWB gear? Bones? Vegemite or something with kangaroo? (Our mom looked up what Tim Tams are and started drooling on the keyboard, kandle!) Any other guesses? 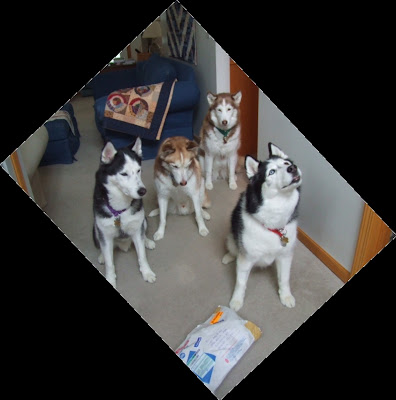 Any more guesses?
Stormy... I just can't wait much longer! I've GOT to know!

After sitting patiently and hearing all of your guesses, I let Zim open the package to see what Charlie and Opy and their wonderful bipeds sent! 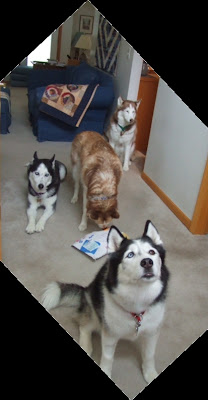 Go ahead, Zim. I've got you covered! 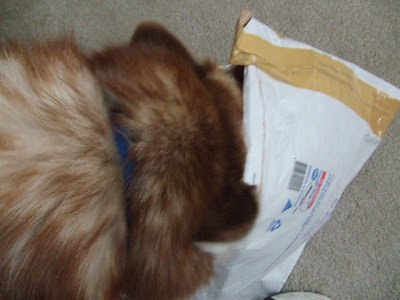 As some of you may remember, Zim is really good at getting into things! I knew he was the right guy for the job! And look! Look at what Charlie the Big Dog and Opy sent us!!! 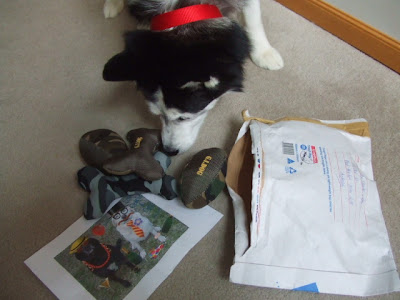 It's a really cute picture of the two of them - and TOYS! (Two are shaped like bones, Nugget, so you were right!) They're really cool camo-covered toys - two like bones and two footballs! They're just perfect for the Army of Four!!!

At first, Zim and I both wanted the camo bone ... 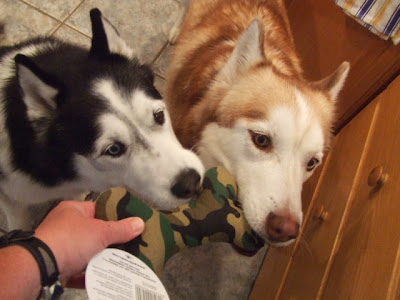 ...until he saw one of the cool footballs! 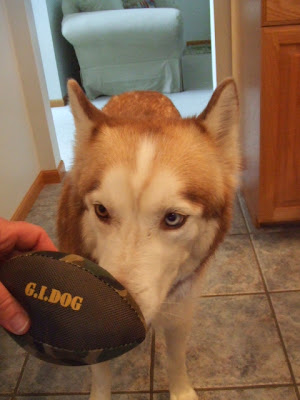 Dave said he really liked the camo bone Zim and I were sniffing at, so I made a command decision that he should have it. 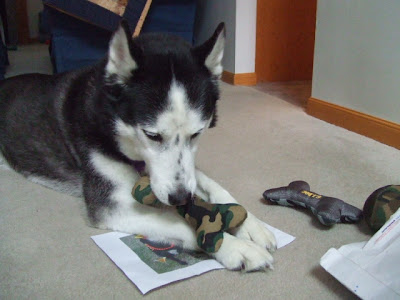 I just LOVE this one! 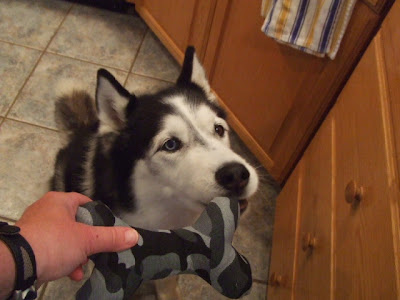 And Amber - well, Amber loves to play football, so I had a feeling I knew which one she'd want to play with first! And she had so much fun tossing this one around and making it squeak that she just exhausted herself! 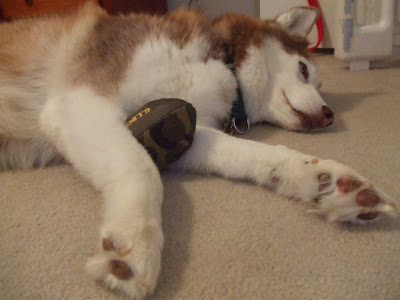 Thank roo again - from all of us - to Opy, Charlie, Brooke and Greg! We just love our cool camo Army toys!!! Ha rooooooo!