Woo, everypuppy, it's me - Dave! A while ago, our good buddy Echo blogged about what cartoon character he was most like. It got us to thinking ... what cartoon characters are we in the Ao4 most like?
Zim left Echo a comment that Mom and Dad say he walks like the Pink Panther. Well, it's true ... he has that cool-cat saunter... 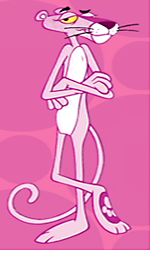 ...but he's also my pal. We play together all the time and find cool stuff to do. So I think me and Zimmie are more like Hokey Wolf and Ding-a-Ling. 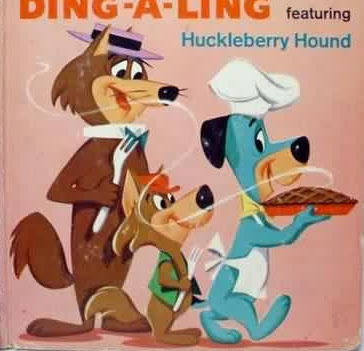 Hokey and Ding with their friend Huckleberry Hound 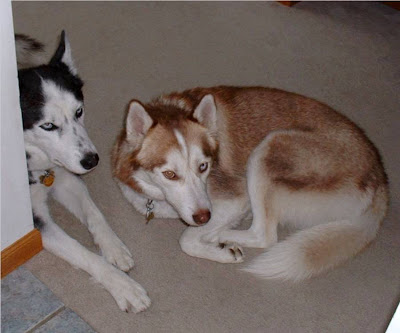 The girls are a little harder. If Lassie had her own cartoon show, that would be who would play Amber in the cartoon of our lives. She's beautiful, strong, smart, protective, loyal, brave ... all that stuff! But if it has to be a cartoon character ... 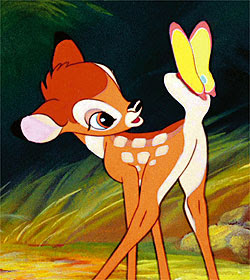 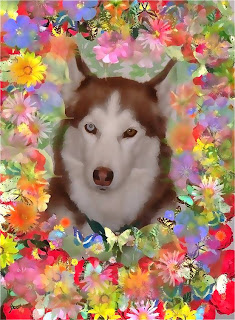 It's true. She's also soooooo sweet and innocent! No offense, Am!

As for Stormy .... I'm not even going to SAY who Zimmie just said she sort of looks like. And sproings across the yard like. No way, no how. Not going to say it. (Of course, to tap into my and Zimmie's thoughts, you could follow those hyperlinks ... just don't tell Stormy!) Personality-wise, we've got to go with Bugs Bunny. Really. Confident, smart, a glint of mischief in the eyes ... 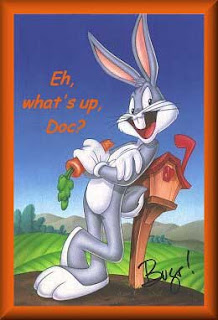 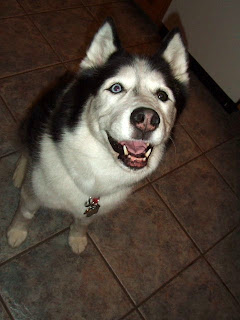 Yep. Gotta be Bugs! Not the other cartoon star we were thinking about.

So what about the rest of you? If a cartoon was made of your life, what cartoon character would play you?